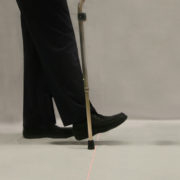 There are many things in life we take for granted until there is a problem. Walking is definitely one of them.

The basic function of walking is an engineering marvel. We have the majority of our weight above the center of gravity of our body, unlike all man-made products. We expend very little energy moving by shifting weight from one leg to the other as we traverse nearly endless combinations of surfaces and obstacles. In order for us to walk easily and safely, our brain processes many different signals from our body to avoid falling.

About 1/3 of people with Parkinson’s disease experience “freezing” episodes, in which one simply cannot walk. According to The American Parkinson Association, “freezing episodes are sudden, short, transient blocks of movement that occur primarily with initiating walking, turning, navigating through narrow spaces or approaching obstacles. Freezing can last just a few seconds or up to several minutes. Freezing can limit household and community mobility, increase risk of falling and contributes to reduced socialization and quality of life.”

The part of the brain called the “Substantia Nigra” stops producing enough neurotransmitters to convey these signals/messages. It is at that point when Parkinson’s “freezing” presents. Given the brain does not have enough information to know if it is safe to walk, the brain stops you from taking steps.

One proven way of reducing this freezing is by using external cues. One simple cue that generally works for people is placing strips of tape on the floor. The lines on the floor tend to reduce the hesitation.

There are cues – such as physical cues – i.e. holding onto a walker – and vibratory cues that give you a sensation to go that are sometimes effective but not often utilized.

For the 70%, why do external cues help? Neurologists are not 100% sure why. I think the best way to explain it is to compare walking to solving a complex math problem. You break up the problem into steps and solve them one by one until you solve the whole problem. Similarly, walking is actually a process made of many smaller ones. When we go to walk, we use our eyes to automatically take measurements of distances to the walls and furniture and other obstacles, and this feedback is plugged into our walking program. This requires a lot of data processing. (If this is hard for you to imagine, close your eyes and try walking normally, your brain will cause you to hesitant too.) If we are not getting enough information quickly, can we figure out how to walk with less information? If you just focus on the next few steps versus walking across the room, it is much less to process. So you focus on just a few steps at a time until you cross the room. Rather than scanning a whole room, if all you had to focus on is a line very close to you, that would be less mental processing. This is one reason why a line on the floor (visual cue) helps.

This is why laser modules on the U-Step and Lasercane are installed to project a line on the floor close to the user. We have helped tens of thousands of people with Parkinson’s freezing. This line needs to be positioned close to you to be effective. If the line is even three feet ahead of you, it becomes less helpful.

In addition to visual cues such as lines on the floors, there are other cues that can also be helpful. Audio cues, for example. When someone with Parkinson’s freezing focuses on a beat pattern, this tends to help them walk and pace themselves. This beat pattern can be found in music or by using a metronome device where you can set the best beat rate.  At U-Step, we incorporated a metronome into our electronic cueing device so people can benefit from both in one product conveniently attached to the handlebar of the U-Step Neuro. In general, physical and occupational therapists recommend the beat pattern be set slightly faster than the person’s walking. They do not expect people to keep up with the beat, they find this to be most effective.

While freezing itself is involuntary, several strategies can help people with Parkinson’s disease recover during a freeze. If you find yourself stuck, do not “fight the freeze.” That can make it even harder to move forward. Instead, focus on another type of movement, such as moving your arms, until the freeze passes.

Caregivers can also help someone to:

Freezing isn’t just an inconvenience. It can also be a threat to overall health and wellness — particularly as Parkinson’s disease progresses. Caregivers can help to help promote safety while boosting the quality of life for people with Parkinson’s.

One last thing to keep in mind: Some physical therapists specialize in helping patients with Parkinson’s disease. Be sure to ask your neurologist or physical therapist about other potential treatments for managing freezing. 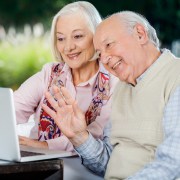 Our Foundation Partners: Easing the Burden of Parkinson’s Disease 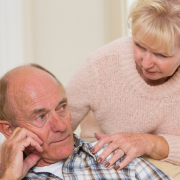 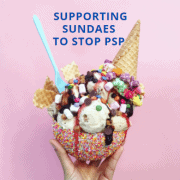 The Gift of Walking