Blog - Latest News
You are here: Home / Blog / Blog / What You Need to Know About Parkinson’s 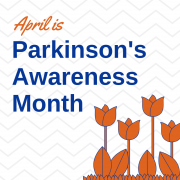 It’s Parkinson’s Awareness Month! While not all, but many of our customers use a U-Step to help with Parkinson’s, we want to contribute to your “Parkinson’s awareness”  and hopefully share some lesser-known facts and statistics to broaden your understanding of the disease.

It’s more common than you think

Did you know that there are about 60,000 newly diagnosed Parkinson’s patients every year in the United States? The majority of these cases are men (about 50% more than women) who are 62-years-old or older, but there are those that are diagnosed as young as 50 – and some even younger (Michael J. Fox was diagnosed at 29). This early diagnosis is considered early-onset or young-onset.

Early Symptoms of Parkinson’s are Confusing

Not all early symptoms would make one assume that Parkinson’s is the diagnosis. Of course, there are symptoms connected with mobility that can be seen at an early stage like limb stiffness, balance issues, tremors, and even stooped posture. But there are others that you would not necessarily associate with Parkinson’s unless you stay well informed. These less obvious early signs can include smaller handwriting, changes in the voice, loss of smell, constipation or uncontrollable movements during sleep. 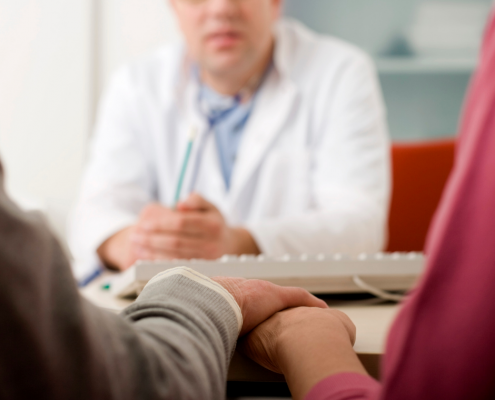 There is no one conclusive test to receive a Parkinson’s diagnosis. Most people who finally come to a diagnosis of Parkinson’s have gone through a myriad of tests including a physical and neurological exam, blood tests, imaging tests (like MRI, CT, and others), and some of these tests are simply to rule out other possible diagnoses. Being aware of persistent symptoms as they come up (like the early signs listed above) and not accept them as simply your “new normal” will give your neurologist the best chance of properly diagnosing your condition.

It’s All About Dopamine

Parkinson’s develops as specific brain cells are destroyed, specifically in the substantia nigra, the part of the brain that is responsible for producing dopamine. Known to most people as the “happiness” or “feel-good” hormone, dopamine is responsible for much more than good vibes. As a neurotransmitter, dopamine also helps with important body functions such as movement, sleep, learning, memory and more. The early signs of Parkinson’s become much more understandable and less disjointed when we look at them through the lens of dopamine loss. The majority of Parkinson’s medications are geared toward either getting more dopamine in the brain (either naturally or synthetically) or blocking the enzymes that break it down.

The Cause is Unclear

The majority of Parkinson’s cases are not genetic. In fact, approximately 15% of patients diagnosed with Parkinson’s have a familial link to the disease (caused by a gene mutation that was passed down). So, wouldn’t that mean that many other people in their family should have the disease as well? It is clear from the research that while genetics do have an impact on Parkinson’s developing in an individual, there are “environmental factors” (toxins and pesticides for example) that contribute as well, but there is yet to be a clear causality link when it comes to these external factors.

Most of us don’t need an excuse to drink coffee, but research suggests that drinking your daily cup(s?) of joe could actually be preventing Parkinson’s and even Alzheimer’s. But just as environmental factors that can cause Parkinson’s are unpredictable and not a clear indicator that you will develop the disease, it’s not advisable to start a coffee habit if you have avoided it for this long especially if it is part of an overall healthy lifestyle (which is also great for Parkinson’s prevention).

No One Experiences Parkinson’s in Exactly Same Way

While there are many common symptoms among those that suffer from Parkinson’s, the disease manifests itself differently from person to person. In particular, symptoms will develop in varying orders and degrees – meaning one person might begin experiencing a few motor symptoms immediately, while others will develop non-motor symptoms in the beginning (like loss of smell, smaller handwriting, and others mentioned above).  There is such a wide spectrum of possible symptoms which is why body awareness is key. 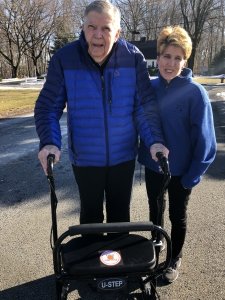 Diane Holland and her father

Exercise is a Huge Component of Treatment

While medications that mimic dopamine are common in Parkinson’s patients, never underestimate the power of movement. Parkinson’s patients are often timid about movement due to their tremors and impaired balance, but maintaining movement is one of the best ways to improve mobility. Through physical therapy and continued movement throughout the day, Parkinson’s patients can not only slow down the effects of Parkinson’s on their mobility but it can also improve it over time. Continuing to stay mobile with neurological walking aids and other more physical activities (like boxing and dance) will improve not only Parkinson’s patients’ mobility, but their quality of life including improving sleep problems, fighting fatigue, and improved overall mood.

Your Physical Therapist May Be Your New Best Friend

Because movement and exercise are such a critical part of managing symptoms (including early diagnosis symptoms), finding the right physical therapist who specializes in working with those with Parkinson’s can be key. As Karen Hales from “Neurology Solutions” writes: “Parkinson’s physical therapy should be the first medicine in the treatment of PD. Properly trained physical therapists (PTs) can address issues beyond just the condition’s motor symptoms. Specific exercises targeting PD can have a large impact, and PD experts agree that physical activity is beneficial to PD patients at all stages of their disease, including at early diagnosis. “

Your physical therapist will not only provide you with exercises you can do to improve your mobility and guide you in your Parkinson’s journey, they can also help you select the most appropriate walking aid for your needs and help you decide when it’s a step you might have to take and when. A Parkinson’s diagnosis itself is daunting enough, your Physical Therapists is there to partner with you when making decisions about your current and future mobility needs.

Because the symptoms of Parkinson’s vary from person to person so greatly, it is impossible to generalize on what a person can and cannot do when living with it. There are very successful well-known celebrities living active lives with Parkinson’s, such as Comedian Billy Connolly (who has used the condition as material in his performances) and Alan Alda.

The former United States Army officer and NASA astronaut, Michael R Clifford, spent over 665 hours orbiting the globe during his three space flights – one of them whilst dealing with Parkinson’s. The American astronaut hid his sickness for years but eventually decided to share his story after realizing that Parkinson’s had never stopped him from reaching his goals. In 2014, he collaborated on The Astronaut’s Secret, a documentary film about his career.

There are many more non-public figures living active, successful lives with Parkinson’s as well.

Caregivers Can Make All the Difference

Care partners play a major role in the team of people treating Parkinson’s. They offer an outside view of how a loved one has been doing in the interim since a previous visit. They are likely to recognize new symptoms or subtle changes that the person experiencing Parkinson’s does not or is simply not willing to admit.

For example, a loved one’s mood or behaviors may have changed and he or she may be more withdrawn. These could be signs of depression, which is a clinical symptom of Parkinson’s and is treatable with medication. A person with Parkinson’s might otherwise dismiss this as a reaction to their diagnosis or not even mention it to the doctor.

Sharing in a loved one’s journey with Parkinson’s disease means integrating the diagnosis together into your lives, adapting your routine and supporting him or her as the disease progresses — essentially, establishing a care partnership. This can sometimes be challenging; from learning about the disease and how best to help your loved one, to remembering to also care for yourself. However, the adjustment often proves to impact both loved ones in so many positive ways. There are steps you can take to help adjust to your new role as a care partner while maintaining a healthy and supportive relationship with your loved one.

There is Still No Cure for Parkinson’s

While the medical establishment has not yet found a cure, there is unprecedented research and development going on today in many countries and in many different fields of science in the exploration of new treatments and cures. There has never been a time to be more optimistic about increased assistance for living with Parkinson’s, and hopefully in the near future – a cure.

Journey from Prototype to Production: Part 1

What a Difference One Little Red Line Makes: Explaining Parkinson’s Freezing and How Cues Help